Furnished apartments in Vienna for students and young professionals

Book now your furnished apartment for study or business in Vienna!

Two brands with the same high standards: Apartments to feel good in, easy renting and a great community. That’s why you find our LINKED LIVING apartments at youniq-living.com as well right now. More houses and apartments in more cities all over Europe – when will you move in with us?

Only a few days left - Linked Living becomes YOUNIQ Living! Stay tuned... P.S. Absolutely nothing will change for our tenants. 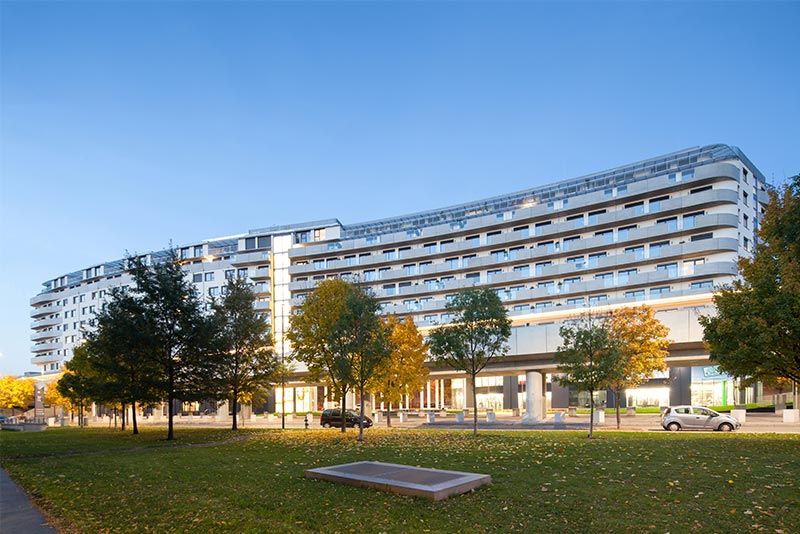 Linked Living Vienna in the 2nd district is first of all characterized by its excellent location. Located in the central Leopoldstadt between the Prater and the Danube river, and next to the Vienna trade fair. Numerous institutes, such as the Vienna University of Economics and Business and Sigmund Freund PrivatUniversität Wien are only a stone’s throw away. Linked Living Vienna offers the perfect starting point to really get started with your studies in Vienna.

You will also find everything you need for carefree living in Vienna in the 589 modern apartments in Linked Living Vienna:

We offer you several apartment sizes (small, medium and large) for your individual needs! 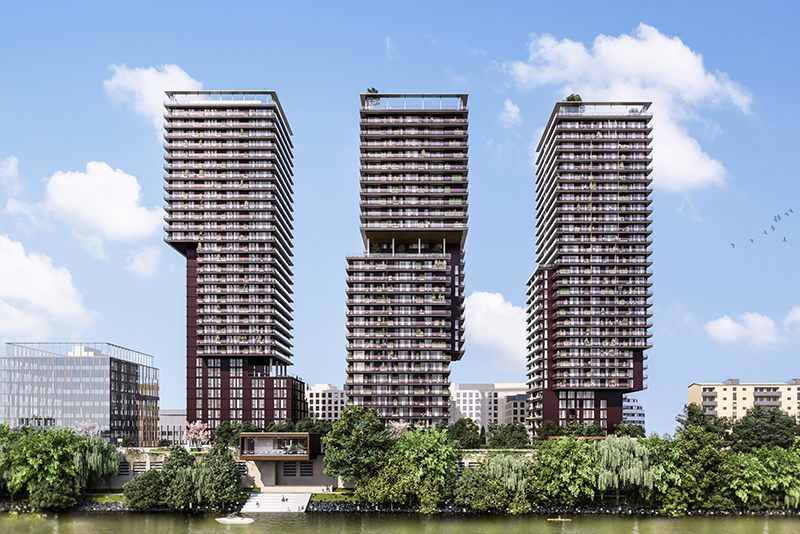 The brand new Linked Living TrIIIple is an absolute pearl for living in Vienna! The 35-storey high-rise is state-of-the-art and offers you numerous benefits to experience and live in Vienna. In the 3rd district of Landstrasse, directly on the Danube Canal with excellent transport options, there are only a few stops to the city center. Whether you only want to stay 6 months as a student or several years as a young professional – the Linked Living TrIIIple always offers the right thing for you!

Choose from one of the three apartment sizes between 20 and 57 square meters and enjoy numerous advantages:

Would you like to enjoy your own, private, distant view of Vienna at any time? Then renta room on the upper floors, from which you can indulge in a spectacular view over the whole of Vienna around the clock!

The capital of Austria is home to 1.9 million people – and the trend is rising! – and is thus the smallest, but also the most populous Austrian federal state. Due to its timeless beauty, Vienna is the setting for numerous films and, cause to its eventful history, has a lot to offer culturally anyway: the buildings around Vienna’s Ringstrasse, for example, are remnants from the Gründerzeit (founder’s period), but were also influenced by the Baroque and Art Nouveau. The historical center of Vienna has countless world-famous sights and is now a UNESCO cultural heritage site, and the entire city is a popular travel destination with 7.5 million tourists a year.

Modern architecture, with magnificent, nostalgic buildings and a lively art and music scene with hip festivals and hip clubs make Vienna one of the most popular international cities for students and young professionals. But Vienna is also known for its lifestyle in quieter places – every day both countless international visitors and locals enjoy a short break from the hustle and bustle of the big city in the world-famous, typical Viennese coffee houses with a Sachertorte.

We can help you with our brand new, ultra-modern residential high-rise Linked Living TrIIIple in the 3rd district or in the chic Linked Living Vienna with numerous in-door benefits in the 2nd district!

All our properties have first-class furnished apartments and all-inclusive rent, from ancillary costs to high-speed internet and numerous other experiences!

Are you not from Austria and would like to study abroad in Vienna for less than 6 months?

No problem. With valid template as an Erasmus student, you can stay in Linked Living TrIIIple for less than the actual minimum rental period of 6 months!

Interested in a short rental period? Then get in touch!

Our furnished apartments in Vienna with a full-service solution for you!

Regardless of whether you are moving here for your studies or for a professional challenge – nobody is neglected in the most liveable city in the world – especially not in the attractive Linked Living apartments!

And Linked Living is now even available twice in Vienna! You can find Linked Living Vienna in the second district, and the Linked Living TrIIIple in the third district of the city has opened its doors for you since April 2021. Perfect for students and young professionals who enjoy their privacy in their own apartment and yet do not want to do without the community in the many different lounges. Whether cooking together, playing a game or co-working in premium quality – you are at the right place at Linked Living in Vienna!

Küss die Hand: Vienna is waiting for you!

Sachertorte, Sisi and Schönbrunn Palace – the cosmopolitan city on the eastern edge of the Alps offers all this and much more.

Due to its size and function as the prime city of Austria as well as the steadily growing role as a main center of the UN and metropolis of international diplomacy, Vienna is becoming more and more attractive as a place to live. Last but not least, numerous renowned rating and comparative studies, such as those by Mercer, have repeatedly identified the Danube metropolis as the “most liveable city in the world”! World-class art and culture, a high level of security, an excellent social and economic climate and first-class infrastructure are just some of the criteria in which Vienna regularly scores top marks worldwide!

But also the numerous colleges and public and private universities, such as the University of Vienna, the Medical University of Vienna, the TU Vienna or the Webster University Vienna, attract numerous students from Austria, Europe and all over the world. At the moment, over 190,000 students are enrolled at universities in the Austrian capital – that is around 10% of the residents of the Danube metropolis as a whole and thus far more than the entire city of Salzburg has in population!

So it is not surprising that living space has become scarce in Vienna – especially since it is forecast that Vienna will rise to over 2 million inhabitants again in the 2020s for the first time in over 100 years.

You too can explore Vienna’s most beautiful sides, be it as a student or a young professional. With Linked Living Vienna and Linked Living TrIIIple you have two first-class residential addresses, from which you can discover the metropolis on the Danube river close to the city center and still do your studies or business!

Interested in living in Linked Living Vienna or the TrIIIple in Vienna?

Contact us for further questions or your personal viewing appointment:

Linked Living is a brand for temporary high-quality furnished micro-apartments – in Vienna, Austria. We offer apartments catering to all needs, in various sizes and categories in premium locations – smart & sustainable living. Under the Linked Living brand we use our experience and passion to create dream homes bringing people together across borders. This has created an offering tailored to the needs of today’s business world and society. All apartments offer modern amenities. Moreover, as a provider specialising in micro-apartments and in cooperation with international companies we know what is important in temporary living.

Try out our designer apartments with various services 2x in Vienna!

We're not around right now. But you can send us an email and we'll get back to you, asap.